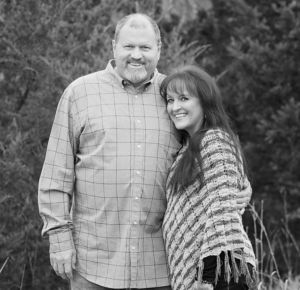 Ray and Cathi Smith were married in October of 1976. Their journey together began as Missionary Evangelists through out the United States and the World. In 1982 they answered the call to the Rocky Mountain District Youth Department of the Assemblies of God, where they served for 14 years.

In 1996 they returned to their home church, Valley Assembly of God, as Senior Pastors after Ray’s dad retired. During that time the church grew and went through several remodels. In 2000 they stepped aside from ministry for three years, worked secular jobs and spoke on weekends in various settings.

After merging Vision Fellowship with a new church plant Cathi and Ray moved back to Utah to re-introduce the production Master Mender, a passion play that was very influential in the community since it began in 1982. It was during this time that they accepted a pastorate at Salt Lake Christian Center in 2006. During this time they have led SLCC to become an International / Multi-Ethnic Organization comprising 14 Churches and over 20 language groups worshipping on two campuses. Worshiping at SLCC is truly like a “little slice of Heaven” found in Revelation 5:9.

They have two children and 7 grandchildren.